I have been putting some new toys together. The warmachines are excellent models, but it will be a challenge to paint the rats on the inside of the structure. The catapult has been primed, and should get a spot of paint applied tonight. The B.S.B should have the left arm green stuffed tonight, with a prime tomorrow. 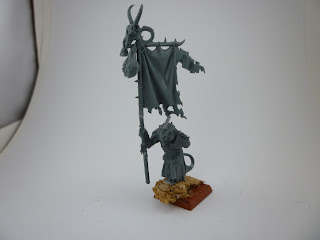 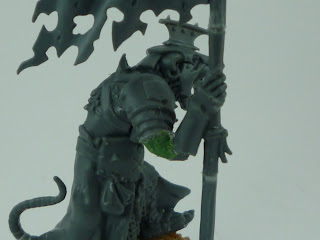 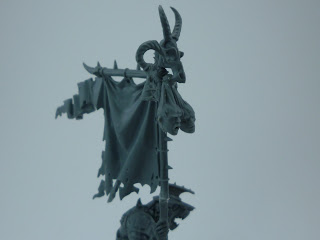 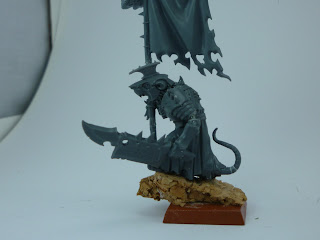 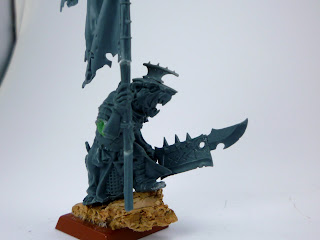 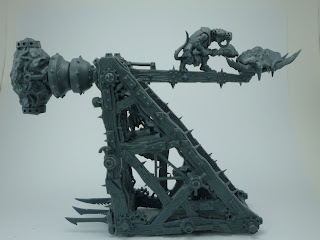 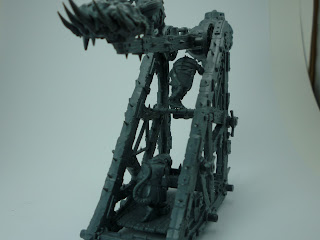 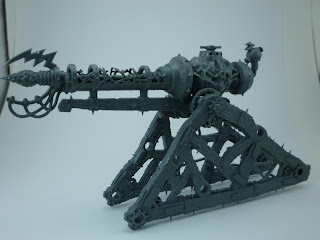 A friend of mine was over this past weekend. As we are both avid painters, but lacking as gamers recently, we decided to document a Skaven battle of "minimal" proportions! Yes, thats right, we both needed a small point total to accomadate our small but growing armies. As I don’t have near enough points to field an entire army painted as of yet, my friend Seb and I played a fantastic match at 1600 points. I learned several important lessons during the match, and had a great time throughout. It was pure Skaven mayhem! Enjoy.

I have finished a new musician and champion for the fourty strong spear clanrat unit. I have to complete the bases yet, but apart from that they are more or less done. I also have a picture of additional and upcomming rats for the horde.
P.s. Does anyone have any idea of what the clan should be called? 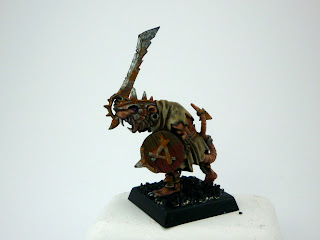 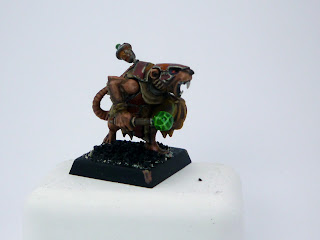 I have been asked several times now on how I paint rust onto my models. I thought it would be a better idea to not only show and explain how I do it, but what has inspired me on my travels across the great land known as Internet. 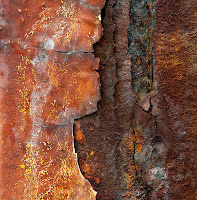 To start with, I originally used very little rust effects in my painting. I then got my hands on a great paint called Smoke. I used this on everything I could get my hands on, and still do to this day! But the one thing it did for me was to make me want to try and “dirty” my models.

Oh, it’s fine to have something dirty. But try explaining why you are carting something rusty or covered in mud, into the house to your wife! It doesn’t go over so great. But painting it on will work, it’s just so damn hard to make it look realistic!
Read more »
Posted by Black Bard at 10:20 PM 17 comments:

Got another rat done this weekend. The rest of the command is in base coat stages. Enjoy. 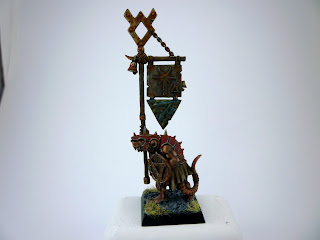 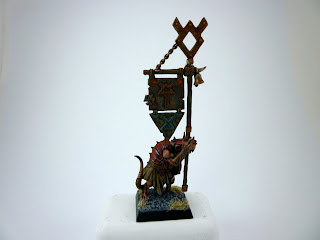 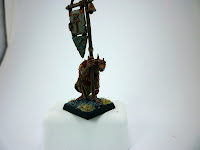 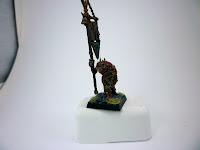 Wow. Computers. Are. Awesome. My Computer has been having issues lately, and I was able to get most of the issues fixed. Fingers crossed, it stays in working order.

I have been busy. I made 3 new movement trays, and assembled around 30 more skaven clanrats. Why? Because I have decided to seperate the mixture of hand weapons and the spears. I now have assembled 40 spears with sheild and 40 hand weapon and sheild. These will be alongside the 40 plague monks that escort my plague furnace (they are still being worked on steadily). I have also decided to put together a unit of 20 night runners as they will allow me to purchase the new warp-grinder...without guilt!! I will also assemble my 30 stormvermin in the near future (split one of the two boxes with a friend).
The night runner unit has an empty base, ready for some kind of inspired champion that I put together. The base will hopefully help people tell him apart.
Tomorrow, I get me the new White Dwarf, and on the 15th, the new Abomb, warp-grinder and maybe a character or two!
Cheers, Bard
Posted by Black Bard at 8:46 PM 2 comments: